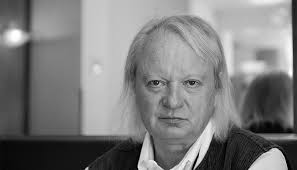 Is omnicompetence possible? The answer that François-Xavier Roth supplies with his period orchestra Les Siècles is a resounding Yes! The Herald, writing from Scotland, calls it “one of the most exciting orchestras on the planet“. These musicians raise the claim to play every work on instruments from its own era. Audiences and critics are thrilled. In our heyday of specialisation this French conductor leaps through eras and styles with his chamber orchestra, now appearing in Munich’s Räsonanz series. Philippe Manoury’s orchestral piece, brimming with virtuosity, meets a former succès de scandale by Edgard Varèse in which wind instruments and percussion are confronted with factory noise. Déserts transports us into the world of industrial sounds, but also into an infinite interior space “where everyone is solitary and alone”. A similar union of extremes was brought about two centuries earlier by Jean-Philippe Rameau. This universal artist, who produced trailblazing theoretical treatises, eccentric harpsichord music and stunning operas, was unafraid of borders and limitations. To quote one of the heroines of his late opera Les Boréades, written more than two decades a before the French Revolution, “One must love liberty”.