They could hardly begin more differently: in one case there’s a pianissimo tremolo in the violins, out of which rises an arc in the tones of an E major chord. In the other there’s a cluster of sixty string instruments, a hammering ostinato in the piano, a pulsating cry in fortissimo. Graciane Finzi’s Soleil vert kicks us into the middle of the dealings; Anton Bruckners 7th Symphony, in contrast, seems to lead us into charming terrain. Yet they are both confrontations with the end: the symphony of the 57-year old Austrian, in 1884 his first real success, and the work that the Frenchwoman born in Casablanca one hundred years later composed at the age of 39, fascinated by the science fiction film Soylent Green. Finzi did not set the doomsday vision to music; it is the distant mirror of a complex and fragile world, as becomes audible here. With his symphony, Bruckner reacted to catastrophes that affected him directly: the fire at the Viennese Ringtheater, in which 386 people died, and the death of Richard Wagner, whom he profoundly admired. Subtly programmatic works in which artists from two worlds and eras have attained mature mastery. Francois-Xavier Roth continues his Bruckner cycle, combining the Bruckner Symphonies with music of our time. As an invitation to the listeners he will give some explanations during the concerts on 8/9/10 December. 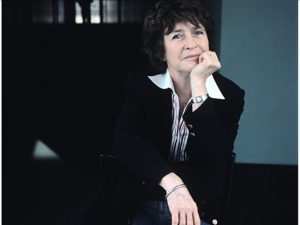