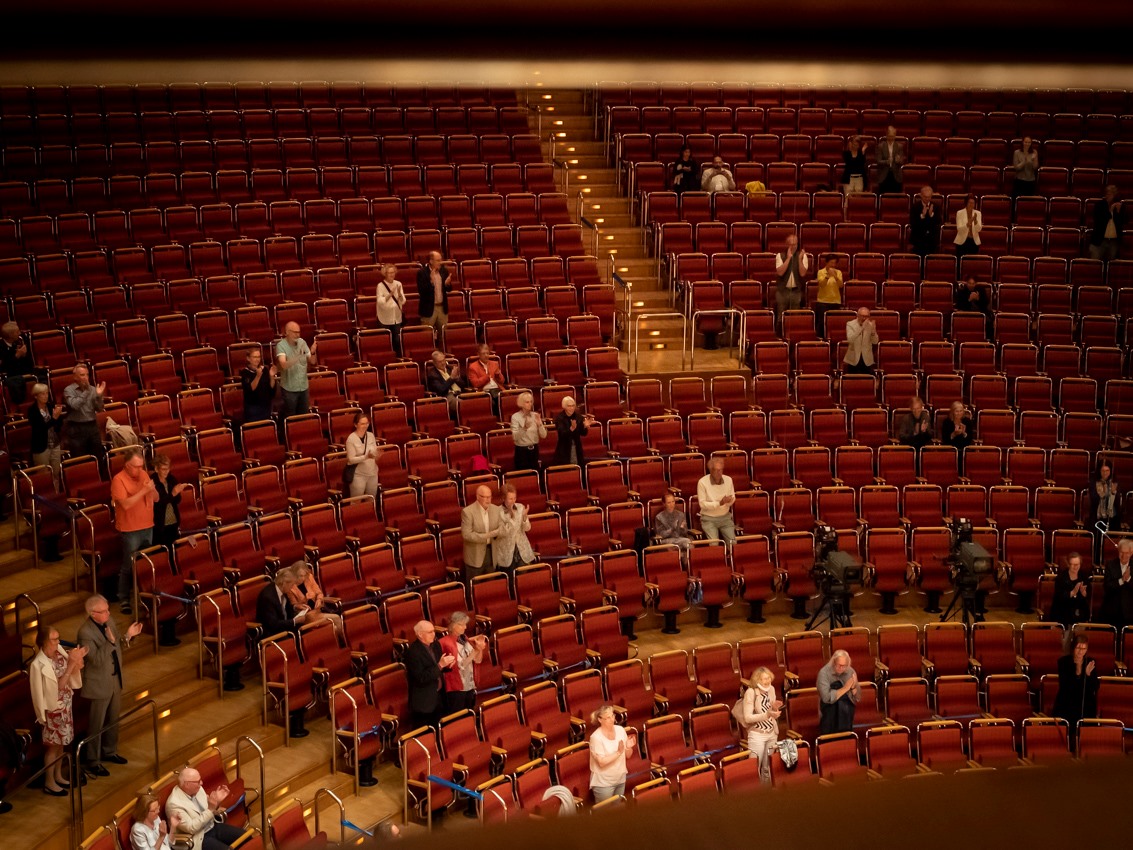 GÜRZENICH ORCHESTER KOELN – WE ARE BACK !

On May 30 the Guerzenich Orchestra played its first concert at Cologne Philharmonie after the long weeks of the Lockdown. It felt like a laboratory experiment – not more than one hundred visitors were allowed at these two concerts under the baton of François-Xavier Roth. Tickets had been drawn under subscribers of the orchestra.

Though we are still far from welcoming you all – it was a first step back to normal concert evenings!

“Without the shared experience of music, we as musicians are incomplete. We need our audience !”
François-Xavier Roth